There is much debate about climate change, politicians, media talking heads and the likes throwing around references to so called "scientific studies" and pontificators who claim to know better than the common man.

Well, here's my opinion.  The climate has been changing since time began.  It is cyclical and therefore, to some rather vague degree, predictable.  Climate is not weather - at least we are told this.  Climate is bigger, worldly, whereas weather is local.

I think it does not take an ultra-high IQ (IQ = "intelligence quotient" for those who are lacking thereof) to see that the Sun has possibly the one single greatest natural influence over our climate.

"Climate" includes seasonal changes, average temperatures, precipitation and humidity.  The high pressure and low-pressure systems move the atmosphere in conjunction with the rotation of the earth and forces of centrifugal and centripetal energy (attraction towards or away from respectively) around the body we know as Earth.

But let's get to the meat of the issue. The CAUSE.

If climate change has been ongoing since the dawn of time, then normal human behavior probably has little, if anything, to do with it, but behavior that is not normal (in other words systems that are not available to the common man) may very well be influencing weather - yes weather - in multiple locations, if not globally, as their nefarious systems are unleashed.  We are talking HAARP High-frequency Active Auroral Research Program, Geoengineering,  Solar Radiation Management, and the crap being churned out by high flying aircraft (military height I might add, not solely commercial jets) - Chemtrails.

Sustained over years, even decades, global weather would be considered Climate.  If weather around the world can be affected, consistently by  man made efforts, then Man Made Climate Change is happening.  In fact, I think that the compounding effect is what we are seeing today.  The original fun may have been surpassed by a now self-imposing 'need' to control weather systems - whether with good intention or bad, the program seems unstoppable - let's call it controlled chaos - unless and until they ADMIT to what they have done and some brighter, good people, can come up with a plan to correct it.  They..... again.  Who are they?

Some of what is required for chemtrails:  fleets of jets outfitted for chemical drops, unlimited aircraft fuel, endless supplies of Barium, Strontium and mostly Aluminum in liquid form for aerosolization, and numerous skilled pilots (apparently sworn to secrecy about the project, the company or their employer).

My somewhat educated but not scientific, layperson explanation is that there is a magnetic or electromagnetic source that creates a pulse of energy to interact with these aerosolized particles that heats them (or possibly cools them).

Consequently, huge masses of air change in temperature which ultimately causes an increase in the disparity of high/low pressure masses.  This source is possibly a coordinated effort of multiple HAARP sites, and other influencers from CERN Hadron Collider (and other colliders) to whatever they are hiding in Antarctica.  The energy is often seen on various graphs but never officially talked about.

If man (as in hu-man) is behind this technology, then Climate Change is "Man Made".  If these systems are not interfering with weather and climate then what the heck are they doing?  We can read the patents and join dots.

Are our SUV's and lawn mowers putting crap into the atmosphere? Yes, and that should be minimized, but I, for one, believe there is nefarious activity with malicious intent being performed for negative, holocaust-type, population reduction or elimination, and they are trying to blame us by means of covering up their life ending, air contaminating, water poisoning, blue sky concealing measures by blaming our "emissions".

"They" are up to no good and may the truth be known - soon.

Aerosolization is the process or act of converting some physical substance into the form of particles small and light enough to be carried on the air i.e. into an aerosol.  Aerosolization refers to a process of intentionally oxidatively converting and suspending particles or a...

Program must be investigated and stopped

What if the Barium, Strontium and Aluminum were changed out for Zyklon B (as used in WWII) or some other chemical agent, disease, bacteria or virus?  This program must be investigated and stopped - stopped and investigated would be better - it is a path of destruction and yet accepted as not only common but considered 'natural' by a generation that never knew a clear sky.  The clouds formed by these chemical deposits are now listed in textbooks as though they are natural water vapor clouds.

Children have never seen the blue skies of my childhood.  They have not stood on the lawn, knee height to their Dad, watching the 'contrail' of an airplane (when the 'conditions' of temperature and dewpoint were optimal),extend beyond the normal 5-15 lengths of the aircraft.  Those were incredible, uncommon sights for a child growing up in the 60's.

Demeanor... What Does It Mean?

Is it strictly behavior, physical conduct or facial expression? No. It is similar to the truth, the whole truth or nothing but the truth. Professionalism does not come in anything less than a complete version.


Whether the Senate or Congress, our representatives, both D's and R's, lack acceptable professional demeanor in the interviews conducted regarding the topic of the Day. Today it was: The Mueller Report.


Even if all we have is the audio, we can envision Attorney General Barr - a cuddly, calm, quite large, authority figure, sitting at his table, below the governing body. One by one the committee members get their moment in the spotlight. They have worked hard to develop a series of scathing questions for the five minute allotted time. There is only one problem: in their stop-watch practice run, they only allowed sufficient time for Attorney General Barr to give prompt, monosyllabic, binary responses. They make no allowance for complete and truthful answers.


Questions come in various forms. Simple, complex, compound, rhetorical, and of course the carefully crafted question that is unanswerable - one that will create a silence, a pause, a void that is inevitable but which the questioner deliberately uses to implicate Attorney General Barr as "hesitating", "untruthful" or "searching for an answer".


It is time for reform! Here's a suggestion: Questions should not be preceded by personal opinions, spitting and pointing, seething or drooling. Slanderous statements should cause the slanderer to be forcibly removed from the room, and given the soap-and-water mouth wash treatment for a full minute. Snide comments about the President, executive branch, political party or the interviewee should be met with a swift rapping of the knuckles with the gavel - if Maxine and Nancy aren't fighting over it. Compound questions should be prohibited - they are designed to include innuendo and conclusions under the pretext of inquiry. If you don't understand the issue, just listen to Mazie.


As to the answers. If the answer would take longer than 2 minutes to be comprehensive and truthful, it would exceed the attention span of many in the room and therefore worthless. Put it in writing and publish it. That way the intelligent people (including fragrant Walmart shoppers) will have a chance to learn the truth.


Casting the mind back to Comey, McCabe, Rosenstein and so many others, any answers such as 'I do not recall (remember)' will require a written follow up within 3 days or be subjected to a series of mandated vaccines for memory enhancement, served with the usual cocktail of adjuvants. For crying out loud, these people are highly paid Directors and Lawyers - if they can't remember something of National importance, a matter in which they played an integral part, there will be some 'getting hit on the head' lessons in their future . These 'suits' are paid a lot of tax payer money to perform a job that they can't remember doing?


Condoleeza Rice had a good response when in the hot seat, she told her interrogators 'you're asking the wrong questions'. Hmmm, maybe Donna was batting for the other team at the time? 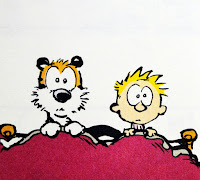